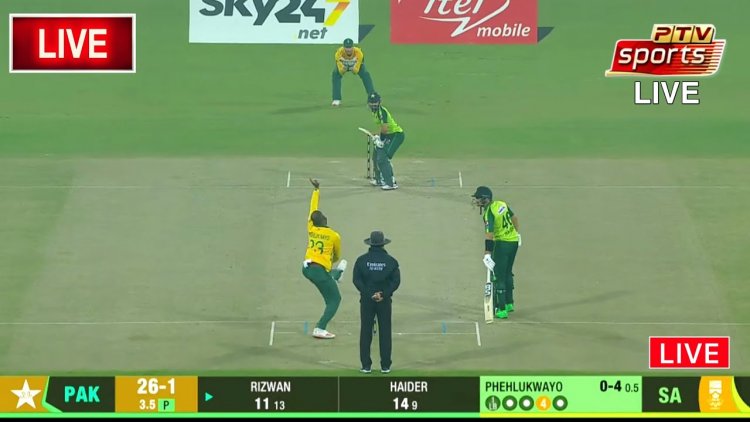 Pakistan will go head-to-head with South Africa on Saturday (February 13) in the 2nd of the three-match T20Is at the Gaddafi Stadium in Lahore. The match is scheduled to begin at 6.30 PM IST.

PAK have taken a 1-0 lead in the series by winning the previous match by 3 runs two days ago. Mohammad Rizwan scored his maiden T20I century in the last match and became the first Pakistani batsman to score at least a century in every format of the game. He inspired the PAK side to post 169 runs on board. Andile Phehlukwayo picked up two wickets for SA.

SA had an impressive start by their openers Reeza Hendricks and Janneman Malan after coming at chasing but failed to guide his inexperienced side towards victory. The middle-order didn't give strong support for which SA failed to chase down the total. Pakistan ace pace bowler Haris Rauf picked up two wickets.

Pakistan are clear favourites to win today's contest on paper due to squad depth. With T20I World Cup approaching near the corner, the match is expected to be an exciting contest for the viewers.

How to Prevent a War in Asia

The difference between history and social studies

'It's life-changing to be honest' - Jhye Richardson on IPL auction

Self-Love Affirmations to Tell Yourself Daily