What is PI Network and is it safe?

In the past two months, a blockchain cryptocurrency project called Pi Network has suddenly become popular in the blockchain community. What kind of project is Pi Network? Why are so many people preaching and propagating for it? 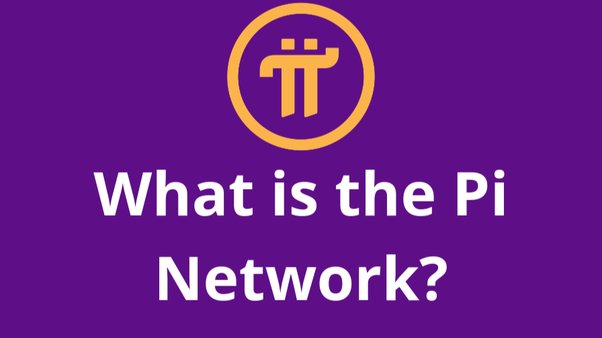 According to Pi's official white paper, Pi Network is a smartphone-centric cryptocurrency network. Created by a group of Stanford University graduates, it was launched in March this year. The core team of the project is a team of four, and its sponsors include an anthropologist, two computer scientists and a business professional.

The project party has deep research on Bitcoin. Regarding Bitcoin mining consumes a lot of power and computing resources, as well as the centralization of computing power, and the wealth distribution of the inverted three-character tower, the Pi project party has proposed its own unique solution.

As we all know, Bitcoin uses the POW proof-of-work algorithm. The purpose of this algorithm is for all nodes of the Bitcoin network to compete with each other to pack the right to block the chain by solving the encryption problem. However, there is a lot of randomness in the miners who obtain the packed blocks, and such algorithms consume a lot of resources. Simply put, you need to "burn money" to buy mining equipment and services to win Bitcoin rewards. Once the price of Bitcoin is lower than the mining cost, there is a risk of loss in investment.

Pi Network's distributed ledger is not mining through computationally intensive algorithms, but through a system to protect the credibility between users. Therefore, it can be accessed through a free application on a smartphone, occupying very little processing power and resources.

Pi is a free and risk-free mining project. The only consumption is that you spend a few minutes a day to open the APP and click on it.

Pi introduces additional design requirements for the use of a consensus algorithm. This algorithm is energy-saving and environmentally friendly and has a low participation threshold. It is a mining mechanism designed for ordinary people from all over the world.

But are the tokens so easy to mine, worth it?

To judge whether a project has investment value, technology and economic models are considerations that cannot be ignored.

Before introducing the Pi consensus algorithm, Changsaijun has a pen to briefly introduce some blockchain knowledge to everyone.

Consensus algorithms are divided into two categories: one is to choose a node as the leader to generate the next block, and the other is to have no clear leader, but all nodes reach a consensus on the next block after exchanging votes algorithm. Send computer messages to each other.

Bitcoin uses the first algorithm: all Bitcoin nodes compete with each other when solving cryptographic puzzles. Because the leader of the next block is randomly discovered, "Proof of Work" requires a lot of energy to do a lot of mathematical problems.

The consensus algorithm used by Pi is based on the Stellar Consensus Protocol (SCP) and Federal Byzantine Protocol (FBA).

Such algorithms will not consume a lot of power and computing resources, but they need to exchange many network messages so that nodes can reach a "consensus" on what the next block should be. Each node can independently determine whether the transaction is valid based on the encrypted signature and transaction history, such as the authority to perform the conversion and double-spending.

Pi's consensus algorithm is built on SCP. Unlike the Stellar Network, Pi intends to allow personal devices to contribute and receive rewards at the protocol level, including mobile phones, laptops, and computers.

How does Pi apply SCP to personal mining?

As a Pi miner, Pi users can play four roles. which is:

pioneer. Users of the Pi mobile app just confirm that they are not "bots" every day. The user will verify its existence every time they log in to the app. They can also open the app to request a transaction (for example, pay another Pioneer in Pi).

Contributor. The user of the Pi mobile app contributes by providing a list of pioneers he or she knows and trusts. In general, Pi contributors will build a global trust graph.

ambassador. The user of the Pi mobile app introduces other users to the Pi network.

node. As a Pioneer user, a contributor who uses the Pi mobile app, and also runs Pi node software on their desktop or laptop. Pi node software is software that runs the core SCP algorithm, taking into account the trust graph information provided by contributors.

Users can play multiple roles mentioned above. All roles are necessary, so as long as they are participating and contributing, all roles will receive Pi rewards every day.

Pi miners are all Pi users, including "miners", employees, evangelists, and beneficiaries (shareholders). In the PI ecosystem, miners contribute computing power to each other, and the interests of all personnel participating in the economy are highly consistent.

One of Bitcoin's most impressive innovations is the combination of distributed systems and economic game theory. Pi tries to create a balance between scarcity, fairness and efficiency. The project team wants to ensure that its users get more Pi when they contribute to the network. Pi's goal is to build a sufficiently complex economic model to realize and balance these contradictions while remaining intuitive enough for people to use.

Pi adopts a first-level promotion invitation mechanism. The computing power of the inviter and the invitee is a mutual contribution relationship, and it does not consume human resources.

Pi will adopt mobile phone number authentication and KYC real-name authentication in the later stage, and all coins held by users who are not authenticated will be destroyed. This will not only eliminate the use of number mining to a large extent but also greatly maintain the real activity of Pi.

In addition, in the total undetermined model designed by Pi, the total number of Pi coins is determined by the number of users, and the mining rate is doubled and halved according to the number of people. Ensure the fairness of its mining.

The biggest value Pi presents to us now is that it revolves around blockchain social and grounded style, and quickly captured a wave of supporters. So far, Pi has only been online for half a year and has gained nearly 500,000 users. These users come from more than 150 countries around the world. In terms of social users, Pi has a lot of potentials.

In traditional networks, Internet giants such as Google, Facebook, Baidu and so on, the cost of advertising every year is very amazing. These giants take the traffic as their own and realize it easily, but at the expense of users' time and attention, but what does this have to do with us?

Pi allows its members to pool their collective attention, creating a market of attention that is more valuable than any individual attention. The Pi white paper attempts to encourage users to share content (text, video, pictures, etc.) to get rewards.

Pi network seems to be a very promising project, a mining project with zero investment, zero risk and all people can participate in.

But the current challenge for pi is to allow users to select nodes they trust. This right is not necessarily a good thing. Because it is difficult for users to judge who to trust and can reliably and long-term bring them benefits.

It remains to be seen how far the Pi network can go. However, those who are interested can participate in this kind of almost zero-cost projects.

Here is how to join:

A: Android phone: https://minepi.com/#download  Copy this link to the browser to download it. You can't open this link in WeChat or App Store, otherwise, an error will be displayed.

B: For the Apple version, a foreign ID is required. Operation process: Set the iTunes Store and App Store Apple ID, exit the current ID, and then re-select the foreign region to register the ID

After logging in ID, search Pi Network in AppStore and download

2. The password setting requires more than 8 digits, a combination of numbers and letters, at least one uppercase letter, lowercase letter and one number.

3. Fill in the real name (Chinese characters) first name + last name (surname), the username is your nickname and your invitation number, which is a combination of letters and numbers, 4-20 digits.

After the registration is complete, an interface will appear and follow its instructions. Click the small lightning symbol to start mining, and then click once every 24 hours, otherwise, it will be in the zombie "inactive" state.

1. Click the button in the upper left corner of the APP to pop up the menu, click the bottom personal page: Profile

5. The phone will automatically jump to the send message dialogue box and send again

The Future of NFT’s